What's the difference between B2B Digital PR and Traditional PR?

You might see that many B2B PR agencies offer ‘traditional’ services, and others that offer pure ‘digital’ ones. But what exactly is the difference between them? And why is it important to distinguish the two?

The aim of PR is the same on both accounts - secure media coverage that boosts brand awareness and trust within a target audience.

One of the main differences between digital and traditional PR is the types of media each tactic is looking to target. Traditional PR tends to focus on channels such as print press such as newspapers and magazines, TV and radio, whereas B2B Digital PR focuses on websites, social media platforms, blogs, influencers, video and podcasts.

The benefits of B2B Digital PR

The biggest difference between these two types of channels is the fact that, while B2B Digital PR has to be considered within a wider online marketing strategy, traditional PR doesn’t - because it can’t.

You can try and predict the amount of people that might read an article in a print magazine, but you can’t prove what impact it has had on the brand. Is it positive or negative? Has it piqued someone’s interest or not? It’s why arguably one hundred pieces of coverage in newspapers can’t match up to the proof of one online story.

How does B2B Digital PR work?

There’s also a contrast in the way PR professionals work with the digital press, with many having to learn new skills outside of their traditional realm of expertise - such as the link between SEO and PR.

Also, whereas traditional press titles had a limited amount of time and space to fill, media websites can pick and choose which bits of news they want to publish and when.

It sounds like an easier landscape than before, but the competition is bigger and better than ever before.

What does a successful B2B Digital PR campaign look like?

Around 670,000 new businesses are founded in the UK every year - more than 1,840 per day. Many of these will be companies vying for the same space as you, and there are only a certain amount of journalists and websites willing to cover them.

The audiences and reach between B2B Digital PR and traditional PR will also be slightly different. A story that appears online can stay there for years, and even remain higher up in Google searches for a long time if it’s relevant enough.

The benefits of Traditional PR

Traditional PR still has a place in the current environment, especially for B2B, but it hasn’t been the primary way we consume news and information for nearly two decades.

Traditional PR has a much shorter lifespan than digital, as magazines can only be shipped and bought by a certain amount of people before they end up in waste bins.

However, the typical age for a newspaper reader is around 48 years - arguably around the same age of a ‘decision maker’ in a business. Therefore, print titles have become highly targeted with a dedicated readership who are more willing to trust what they read and which companies they read about in the printed word, as opposed to online.

Ultimately though, the difference between B2B Digital PR and traditional PR comes down to approach. Companies and their PR partners need to create strategies that are  smarter, more versatile and more targeted - or they risk getting lost among the noise and falling by the wayside. 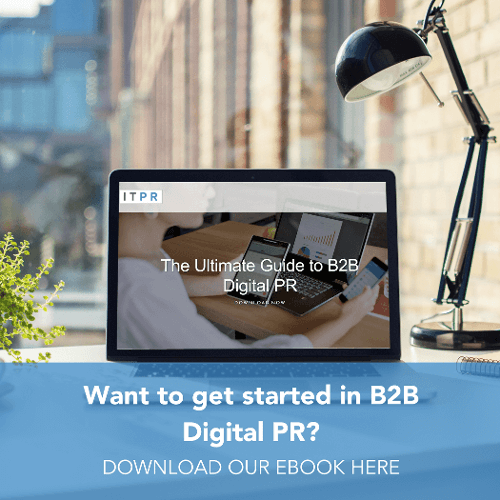 What is SEO PR?

Is PR good for SEO?